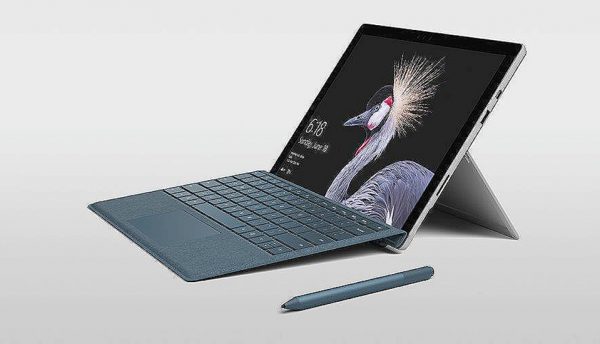 Microsoft launched its versatile, reimagined Surface Pro device in the UAE, bringing the full power of Windows 10 creativity and productivity to the country’s consumers and professionals. Beginning September 20th with prices starting at AED 4,499, the Surface Pro including the type cover will be available for consumers to buy from here or from major electronics retailers across the UAE, and for commercial customers from here.

With longer battery life, enhanced performance and a superior display, the new Surface Pro has been re-engineered to suit the needs of everyone. From artists and designers to media and marketing professionals, from engineers and architects to teachers and doctors, the Surface Pro, through the innovation of Windows 10, can help bring ideas to life.

The new Surface Pro’s battery allows users to keep working for up to 13.5 hours in front of a 12.3-inch PixelSense Display. Thanks to a fan-less design, it is also the quietest Surface Microsoft has ever produced. And the Surface Pro enjoys a hyper-slim profile that means it weighs less than the bag it will be carried in.

Exciting, separately sold accessories allow users to build the Surface experience that best suits their needs. The Surface Pro Signature Type Cover is designed for optimum portability and convenience, wrapped in luxurious Alcantara material that comes in rich tone-on-tone colours, including Platinum, Burgundy and Cobalt Blue. And the new Surface Pen enables creativity like never before, with enhanced responsiveness that allows drawing on the device’s screen as if it were paper.

Built for the most demanding professionals, the new Surface Pro has been re-engineered to run the most resource-hungry applications. Its 7th-generation Intel Core m3, Core i5, and Core i7 processors work to bring the highest standards of performance. Users can choose from a range of configurations, from the Intel Core m3 with 4GB RAM and 128GB of SSD storage, to the Intel Core i7 with 16 GB RAM and 1TB of SSD storage. Each option is designed and priced for the demands of different use-cases, so consumers and businesses can choose the Surface that suits their needs.

Models with LTE connectivity will be available later this year. In tablet mode, the new Surface Pro offers unprecedented potential for creativity and productivity. The hinge now deepens to 165 degrees, allowing users to place the device into Studio Mode, for a more immersive experience.

The new Surface Pen now has 4,096 points of pressure sensitivity with tilt, and virtually imperceptible latency, making it the most responsive, fluid and accurate digital-inking experience Microsoft has ever created. Bench tests reveal that when used with the new Surface Pro, the Surface Pen is twice as responsive as the Apple Pencil.

The re-engineered Surface Pro ships with Windows 10 Creators Update and has been designed for the applications you need to be productive. The device has been optimised for Windows Hello and Microsoft Office 365, with new inking features in Word, Excel and PowerPoint designed to work best with the new Surface Pen on Surface Pro.

Windows 10 has found home in over 500 million active devices worldwide with a record of highest customer satisfaction and engagement. With enterprise and education deployments increased 33 percent over the last quarter, commercial customers value Windows 10 as the foundation for a secure and modern workplace.

“Powered by Windows 10, the Surface Pro has been re-engineered from the bottom up, to deliver on Microsoft’s ongoing pledge, to help every individual and organisation on the planet to achieve more,” said Mohammed Arif, Windows and Devices Business Group Lead, Microsoft Gulf. 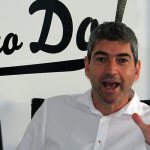