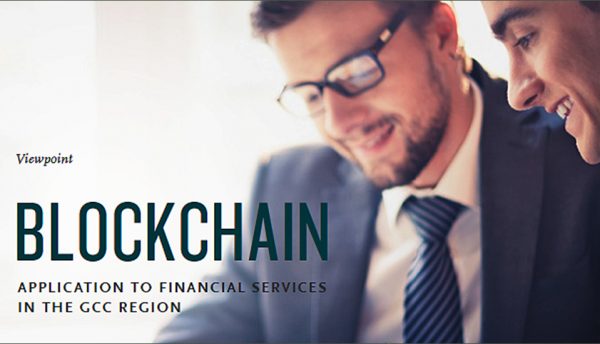 AfricaSoftware
| 7 November, 2016
Blockchain technologies have the potential to revolutionise the rapidly growing financial services sector in the UAE and broader GCC region, according to a new report from Booz Allen Hamilton, titled Blockchain: Application to Financial Services in the GCC Region.

Blockchain technologies have the potential to revolutionise the rapidly growing financial services sector in the UAE and broader GCC region, according to a new report from Booz Allen Hamilton, titled Blockchain: Application to Financial Services in the GCC Region. The global consulting and technology firm outlines how the technology could have many useful applications, including in retail payments infrastructure, remittances, trade finance and syndicated loans, capital markets, and compliance activities such as Know Your Customer, benefitting both the financial sector and consumers.

The UAE government is working to establish the country as a major financial technology player and has already started to experiment with the potential uses of blockchain in the public and private sectors.

At the Dubai International Financial Centre, for example, blockchain will be used to preserve and record wills and trusts, while the Abu Dhabi Global Market free zone has expressed its ambition to become the financial technology capital of the Gulf.

The adoption of blockchain was given an additional boost in February when Dubai’s Museum of the Future announced the formation of a research council focused on blockchain technology that will comprise 32 members including government entities, international companies and blockchain start-ups.

Booz Allen Hamilton identifies a number of specific opportunities in the financial services sector to shape and drive blockchain adoption, and recommends how the region can best organise and co-ordinate efforts for future research and development. The report also outlines how central banks could lead this initiative by supporting broader issues on regulation, and knowledge sharing, as well as encouraging commercial banks to work together and collaborate with fintech firms to test and utilise new business models using the technology.

Lutfi Zakhour, Senior Vice President, Booz Allen Hamilton MENA, believes that it is imperative for commercial banks to actively look to embrace blockchain. “The digital economy is moving so rapidly that adopting a wait and see approach is not advisable. Our report shows that there are a number of very real opportunities that will provide genuine long-term benefits. We are seeing significant momentum now at the global level which means that GCC institutions need to start planning the most effective ways to engage and implement blockchain solutions into their future business operating models.”

The report identifies a number of key areas of finance that blockchain has the potential to revolutionise in the GCC, including:

Introducing blockchain will speed up transactions and reduce costs, provide near instantaneous clearing and settlement, and manage complete transaction records, which would boost the accuracy of data and allow for improved monitoring by regulators. Banks could look to develop payments infrastructure and systems to make them blockchain compatible, but implementing blockchain will require investment to upgrade existing infrastructure. Collaboration between banks on an equal partner basis to develop a co-owned blockchain payments system, or partnerships with specialised fintech firms and startups, could help offset some of these costs.

GCC countries account for an estimated $98 billion in annual outward remittance flows, which are likely to continue to grow given the high percentage of migrant workers. However, transaction costs and time are relatively high, reflecting the complexity of the clearing and settlement chain. Blockchain application could potentially reduce this complexity by eliminating the need for correspondent banks, thus reducing cost for customers and providing near instant settlement. This would enable banks to levy cheaper fees and compete better even if exchange houses also adopted blockchain technology.

Remittance industry leaders like Western Union are already investing in blockchain companies, in this case, Digital Currency Group, to see how the technology can help improve their service. Given the scale of the remittance market in GCC countries, this is an area that needs to be further explored by banks and exchange houses alike.

Foreign exchange trade volume in the GCC has increased 50% year on year since 2011. Blockchain technology could be utilised to meet this increase in demand in order to enable direct peer-to-peer foreign exchange transactions. By allowing parties to access a much larger pool of currency exchange markets, costs can be driven down and the speed of transactions increased.

Trade finance is another key area that could benefit from blockchain technology adoption. Trade finance is a complex process that involves a number of manual checks to verify the legitimacy of a client, its trading partners and the goods that change hands. The majority of these processes involve the exchange of paper documents between buyers and sellers via their respective banks, ensuring transactions are verified and processed, and allowing for payments to be made. Utilising blockchain technology could yield significant benefits. Having all parties on a shared system with permission access will enable real time exchange of information, increase speed and provide visibility across the transit of goods and flow of information.

The report concludes with recommendations on how GCC governments, central banks and the banking sector can help shape and drive blockchain development and application in the region. Understandably, new technologies and disruption often leave governments and regulators playing catch up, and blockchain is far from a complete and proven technology. What is clear, is that leadership and direction are vital for a meaningful and productive initiative, which could ultimately deliver profound change and benefits to financial services within the GCC region.

It is a transaction database based on a shared and decentralized ledger, which records all transactions ever executed in chronological order like a chain. Initially used to validate and process bitcoin transactions and manage their history, it can be used to track and monitor the exchange of information or value more broadly. It does not require a trusted third party to co-ordinate interactions and validate transactions, like clearing houses do today for payments.

Another way to think about it is rather than waiting for a central authority, like a government, holding and confirming your identity say for a property purchase, instead it is confirmed by multiple random individuals from around the world instantly who share the same identity records of individuals and are able to corroborate who you are.

Transactions validated and processed by the blockchain are extremely difficult to be tampered with. Additional benefits include increased speed as transactions are cleared instantly and enable near real time settling, cheaper transaction costs given the elimination of third party processing, distributed points of failure reducing systemic risk, given there are multiple shared public ledgers, and the availability of a complete transfer history providing ease of traceability and audit.

Current applications of blockchain technology under consideration vary from simple payment services to smart contracts that are programmed to execute specific transactions based on pre-determined criteria. Blockchain can be made publicly available as with bitcoin, or it can be private, permissioned, with restricted users securely identified onto the network.

However, despite its many benefits, blockchain poses significant operational risk as it remains untested and unproven. Security concerns remain high as highlighted by recent instances of large scale fraud and cyber-attacks on leading blockchain pioneers in the USA. Such instances have raised the focus on credit and liquidity risks for parties involved on blockchain based transactions, particularly since blockchain services are currently being offered by independent providers who lack the proven track record and credibility of central banks and major financial exchange centers. 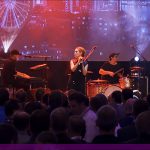 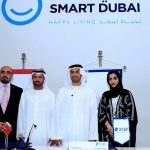