Huawei, a leading global provider of information and communications technology infrastructure and smart devices, has announced the appointment of Terry He as CEO for Huawei Tech Investment Saudi Arabia.

Based in Riyadh, He will be responsible for overseeing Huawei’s Saudi operations and for guiding the company’s work as a strategic partner in accelerating Digital Transformation in the Kingdom.

Previously, He held the position of President of Huawei Middle East Enterprise Business Group where he oversaw the development of the group across the region. In that role, he worked closely with organisations in various industries such as government, oil and gas, education, financial services, healthcare, hospitality and construction to embrace emerging technologies such as Artificial Intelligence, Big Data, cloud computing and more.

As a seasoned industry expert in the Middle East, He has more than 10 years of experience working across multiple Huawei offices in the region.

Charles Yang, President of Huawei Middle East, said: “Terry He brings a wealth of industry knowledge and experience from his time in the region. He has already played a key role in many of Huawei’s regional milestones and we wish him continued success in his new position in Saudi Arabia, as Huawei remains committed to serving its customers and contributing to our digital society.” 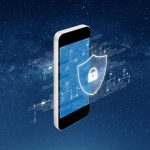