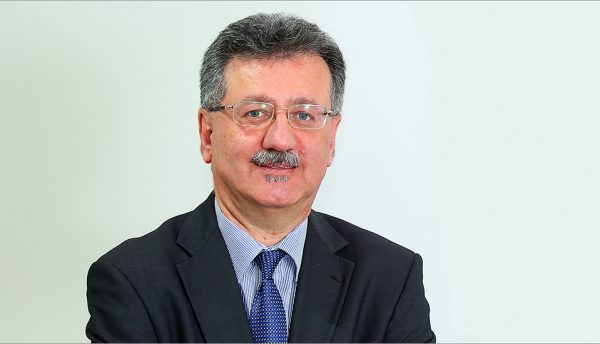 Across the seventies and eighties, the country of Bahrain was significantly ahead of its neighbors in its technology and telecommunications infrastructure. IBM’s first office in the Middle East was set up in Bahrain as early as 1945. In the late seventies, when the civil war prompted the financial capital of the Middle East to be moved from Lebanon, Bahrain was selected over others. Since then Bahrain has been the financial capital of the region in terms of maturity of banking and finance practices.

“Bahrain was always a pioneer in the Gulf. This long existence has created a very strong financial regulation body. The Central Bank of Bahrain is very strong because they had a long experience to set rules and regulation in the banking sector,” explains Abdulla Ishaq, General Manager, Gulf Business Machines Bahrain.

During the seventies and eighties, banking and financial institutions ran the mainframe, centralised type of computing with server virtualisation managing remote controllers and dumb terminals. These applications proved to be highly robust and continued till the year 2000, before they were rewritten as part of compliance for removal of the Millennium bug. A number of institutions in Bahrain and Kuwait ran the mainframe computing platforms and applications.

In 1990, GBM registered itself in Bahrain and aligned with IBM. However soon after IBM exited from the region, to only come back later in 1993-94 and set up its head office in Dubai. This prompted GBM to also move its head of operations to Dubai.

Other than the legally registered entity in Bahrain, GBM now has six operations in Bahrain, Abu Dhabi, Dubai, Kuwait, Qatar and Oman. GBM also has an operation in Pakistan as a separate business.

The six operations are primarily responsible for sales and commercial relationships with key customers. They also provide the first level of support to key customer. “The first level technical support is always within the country that gives the assurance for our customers. But, if we need the second level technical support, we have them in Dubai. They have a pool of people that we can float between those six operations if we need to have it for technical resources,” explains Ishaq. Lines of business, additional technical resources, marketing activities, financial operations, and the second level of support are based out of GBM in Dubai.

Hani Nofal, Vice President, Intelligent Network Solutions, Security and Mobility, Gulf Business Machines Dubai, explains the inter-relationship between the head office and the branch offices. “Our job is to enable and compliment because, some of the skills and capabilities might not be available all the time within the countries. Sometimes and especially when it comes to the innovative projects and approach to specific opportunities, we might be able to replicate some of the good stories that we are doing in some countries. So, this will be our role as well in the head office.”

Nofal feels this hub and spoke arrangement between the six operations is a unique flavor of GBM and a differentiator from other system integration competitors. “The beauty of GBM is we have always kept our identity as one brand across the Gulf and this helps us a lot. The head office is the glue that brings these countries together.”

For GBM in Bahrain, the principal customers are from banking, finance, and government market segments. GBM in Bahrain also has customers from transportation, petrochemical, telecommunication, manufacturing, but they are fewer in number. With the slump in oil economy, the spending by the government on technology is expected to reduce. There are also efforts inside the country to diversify the economy. Ishaq expects the shortfall in the government’s technology spending to be made up from transportation, tourism, and hospitality market segments in Bahrain.

Another plus inside the country is the readiness of top executives to accept digital transformation and new business models. Comments Ishaq, “I would say they are more into innovation now. It was a challenge maybe five years ago, for the C-level executive to understand what new technology can provide them. For the last two years, they have got the grasp and they are getting pulled into technology project platforms.”

There is much more activity now amongst executives to attend seminars and conferences to bring themselves up to date on the latest technologies and business trends. He also points out since the last financial global melt-down in 2008-2009, banks and financial institutions in Bahrain have recovered, are stable, and are generally risk free. “But they are cautious of how to spend the money, because they have been hit before.”

Another converging trend of technology and business, that is of relevance to the country of Bahrain and for GBM in Bahrain is the rise of Fintech startups. Is this likely to be an opportunity or cannibalisation of its ongoing revenue? Due to the financial regulations in place, existing banking and finance businesses may move only a part of their business into a Fintech model. The Fintech model is already regarded as a big opportunity by financial institutions and the government in Bahrain, who are preparing for it.

From that point of view, Fintech’s in Bahrain are an opportunity for GBM in Bahrain. “We can do banking services, you and me but do we need a bank, a broker or somebody in the middle to do this transaction for us. This will change and we are preparing ourselves for this new change. Technology companies providing financial services is a big thing coming in Bahrain. We look at it as new opportunity.”

Since 2011, to keep customers up to date and relevant, Ishaq has been championing migration to the cloud, the pay-as-go spending model, as well as other digital transformation opportunities. By reducing their technology asset investments and moving that budgetary spending into operational expenses over time, helps the end-customers of GBM in Bahrain move to more agile and modern technology platforms. It also helps to move the sales cycle of GBM in Bahrain across older technology models into new technology cycles. “We are at the cross-roads between what has happened before and what is going to happen now. And this has already started.”

However, for Ishaq, the most important indicator comes directly from the customers of GBM in Bahrain. “I need to see the demand of my customers, what they are asking for and what they want. Once I understand that I also look at the economic condition.” Putting these together, Ishaq decides on whether to recruit additionally, create another division, or to work with the head office.

While the business application is excluded in its deliverables, for both GBM and the end-user, this engagement still qualifies as an end-to-end solution. Ishaq justifies the reasons why both sides consider it to be such. “They do not want to sign multiple contracts one for hardware, one for software, one for training, one for networking. We can now give them an end-to-end solution and we look after it as a system integrator. It is very important that you integrate these together and keep one company responsible for this, providing project management.”

As a system integrator, GBM and its operations do not play the volume priced agreement, which are mostly useful when applied for run-rate technology items, and in reseller sell-out agreements. Any vendor pricing discounts are only applied for customers when there is an end-to-end solution being supplied.

In order to reach these high standards of technology competency across the region, GBM has invested in building deep relationships with its vendor partners. This is characterised by GBM receiving the highest level of channel partner recognition from most of its vendor partners. These recognitions are awarded based on sales turnover and the number and level of skilled resources.

Nofal further explains the vendor relationships across the operations. “IBM is very much in the DNA of the organisation’s business since its creation and we have a very special relationship with them. We have grown to become by far the largest Cisco partner in the region and one of the top ten in EMEA. That has been the case for a couple of years now. But it is not only about the size of the business, it is the reflection of our capabilities as well.”

“To reach the highest level of classification with these vendors you need to make a lot of investment. We have to commit to some numbers, we need to commit to resources, and we commit to certification. I have to recruit people and make them at this level of certification in order for me to be at that category, and it works both ways,” continues Ishaq.

Building the highest level of vendor technology competency within the operations of GBM is not a one-way process, driven only by the need to build favorable discount pricing structures. Vendors tend to use the highly skilled resources within GBM to build technology proof-of-concepts for select end-users. On the other hand, GBM also approaches the vendors for their resources. “Between us and the vendors, it is a two-way relationship and it is a working relationship because they see our value-add.”

As the region and the country of Bahrain adjusts to the changing technological, economic, and business realities of the present-day era, GBM in Bahrain continues to be optimistic about its position amongst its current base of end-users and potential customers. And the reason for this is the high degree of trust it has been able to build with businesses about its ability to deliver. Ishaq points out, at the end customers are less interested in the products being supplied. They are more interested in the company that can deliver and support the solutions, as GBM in Bahrain has been consistently doing. 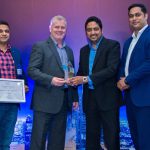 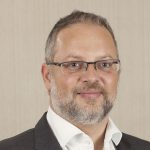